Do I pay tax when I sell my fixed asset, property? 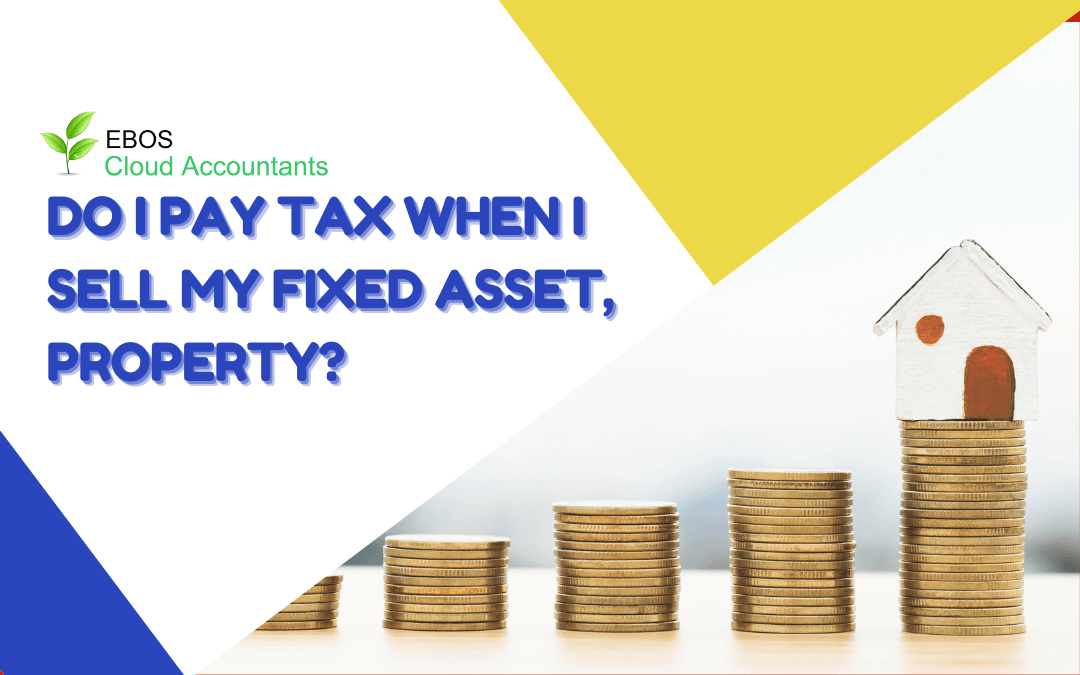 A wealthy couple who made some $16 million from buying and selling three good class bungalows (GCBs) within six years will have the profits taxed as income earned. Here is a typical example of how you should not just rely on Singapore does not tax capital gain by hearsay.

While capital gains are generally not taxable, the Inland Revenue Authority of Singapore (IRAS) will also determine if the sellers are in fact trading in properties by considering factors such as frequency of transactions and the holding period of the properties.

The gains may be taxable if you sell assets like a trader even you have register as an investment holding company.  IRAS will decide if they consider you a trader by looking at your circumstances using 6 Badges of Trade:

Why did you purchase the property? Did you intend to purchase it for the purpose to sell it at a profit? If you originally needed it for something else, you are not.

Be sure to collect evidence indicating you bought the asset without the goal or selling to generate a profit. Otherwise, you will be slap with heavy tax in additional of GST in the future.

In my 20 years of experiences, IRAS would also ask the following questions.

The method of financing: Having a 20 years loan versus having a 5 years loan. A short loan will create doubts that you are purchase the asset for long time usage.

Feasibility studies: Did you try to figure out if the sale of the asset would be considered capital gain or revenue gain?

Accounting entries of the transaction: It is a fixed asset items and the reason for capitalising it? How is the depreciating method use or is valuation done on a frequent basis?

Singapore has zero Capital Gains Tax because it encourages investment in the country. With a huge advantage for business owners to move their wealth into Singapore as long as you get the rules right. A Chartered Accountant will have to go through all the documents and a lengthy discussion to steer you to the right direction. Talk to us if you are looking to create an investment holding or investment dealing company before you get penalise by IRAS.

IRAS e-Tax Guide: Certainty of Non-taxation of Companies’ Gains on Disposal of Equity Investments, first published on 30 May 2012 and updated on 15 July 2016.